My development cycle is coming to a close. So this week, I want to talk about one of the biggest changes that I made to Bound based on testing feedback. It was really important to me that players don't think that this is an experience that they can "beat." There is no escaping the the limitations that wearing a chest binder places on an individual. In early iterations of the game, this wasn't clear. Players wanted to go back to see if they could perform "better," which seemed to conflict with what I was trying to say through the game. I think part of this, admittedly, was due to the minigame configuration that overwhelmed and confused players with three meters. To more effectively communicate the controls, I used the genre conventions of a rhythm game. There was still the issue of curbing player expectations. So, I added beginning and end segments to the narrative. 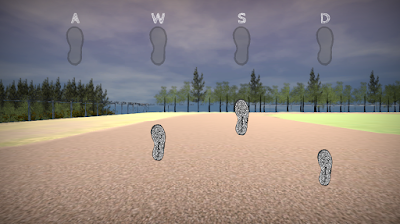 To affirm that the player does end up in a situation that threatens their health, I presented the running minigame as a flashback. This flashback is triggered by the player character talking to a medical professional about what happened to them. To save on assets and time, this conversation happens over a black screen.  I attempted to create the atmosphere of a hospital through audio alone. 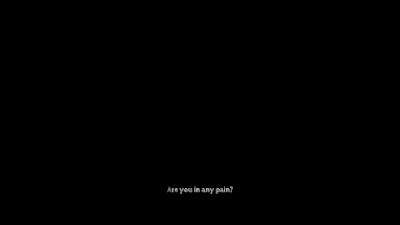 Similarly, the game needed closure or some form of an ending scene. I decided to bring the player back to that hospital environment. I took this opportunity to express some of my personal frustration with the healthcare system's lack of transgender education and empathy. It felt right to end the game with the doctor unable to understand the player character's perspective. 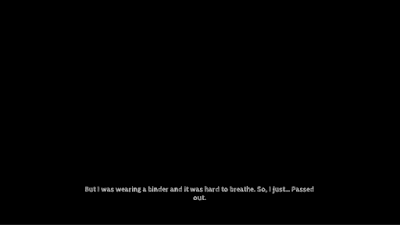 This change actually deeply informed the 2D art direction of the game. Because the main portion of the game is now situated as a flashback, I wanted the UI and menus to fit. The "sketchy" art style that I went with, to me, elicited the same energy as journal doodles. I went with white drawings on a black background to make the moments inside the hospital feel like the present. 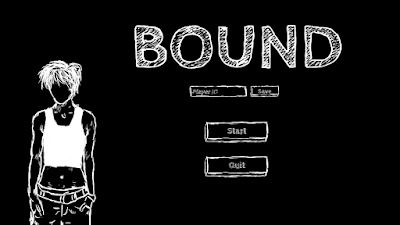 I'm really proud of how this project has come along. While it isn't perfect, it does feel important.